A Better Gut for a Better Heart 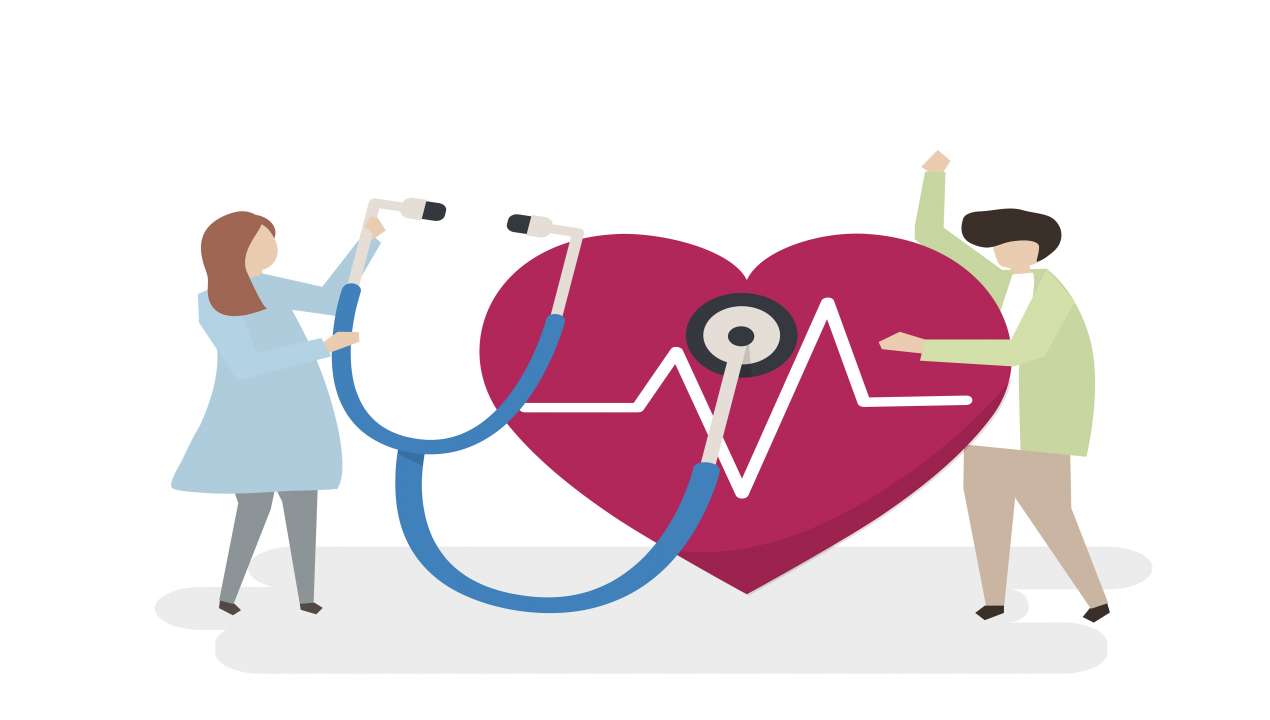 A Better Gut for a Better Heart
Facebook0Tweet0LinkedIn0Email0

Our stomachs have a huge impact on our hearts. And not in the romantic way you’re thinking (although a nice steak dinner doesn’t hurt your chances).

These days, we’re learning more about how the gut and the gut microbiome affect our cardiovascular health. Biomedical research has pointed out that negative changes in the gut microbiome, known as gut dysbiosis, could be a factor in heart failure, high cholesterol, and high blood pressure. With coronary heart disease as the leading cause of mortality in the Western world, heart health is on everyone’s mind.

The Gut Microbiota and Lipid Metabolism

When fibers, resistant starches, and undigested carbohydrates hit the colon, the trillions of bacteria that live in our gastrointestinal tract go to town. These hard-to-digest carbohydrates, also known as prebiotics for their ability to seed the growth of beneficial bacteria, are consumed by our gut bacteria and transformed into short-chain fatty acids (SCFAs). These byproducts of gut fermentation, in turn, are released into the colonic wall and absorbed by the bloodstream.

Another avenue by which intestinal bacteria reduce cholesterol is by interfering with the process in which the body absorbs cholesterol. Some bacteria can directly metabolize cholesterol and transform it into molecules that are excreted by the body, which reduces total absorbed cholesterol in the bloodstream. And during digestion, the liver releases compounds known as bile salts to help with the absorption of dietary fats. Much like how oils can’t mix with water unless you add soap or detergent, bile salts allow our bodies to mix fats with our water-based bloodstream. These bile salts are also important signaling molecules for fat and cholesterol metabolism. Bacteria associated with poor cardiovascular health can change the composition of these bile salts and render them inactive, or even directly feed on these bile salts, leading to intestinal inflammation and increased cholesterol absorption.

Studies in germ-free mice have shown that mice with lower levels of a key enzyme involved in fat metabolism, known as ApoE, had higher levels of cholesterol in the liver and bloodstream. This research suggests an important role is played by the gut microbiome in regulating cholesterol levels in our bodies.

The gut microbiome has been shown to be significantly altered in individuals with cardiovascular disease. As many of the diseases associated with the heart are linked to diet, exercise, and other lifestyle factors, gut health is likely to play a role in the progression of heart disease. One important factor is blood pressure.

A key marker for gut dysbiosis is the ratio between two large phyla of bacteria, the Firmicutes and the Bacteroidetes. In mice with hypertension, the ratio between Firmicutes-to-Bacteroidetes is five times higher compared to mice without hypertension. Another phylum of bacteria, Actinobacteria, is also highly represented in hypertensive mice. In humans, hypertensive individuals also display lower genetic diversity compared to healthy individuals. These changes in the gut microbiome point to lower levels of SCFA in the bloodstream, with a higher amount of lactic acid-producing bacteria in their place. The kidneys and blood vessels contain SCFA-activated receptors that help regulate blood pressure, which is one-way microbiota health is connected to blood pressure. Administration of acetic acid and propionic acid, both SCFAs, in mice has been shown to provide an acute, but short-lived, reduction in blood pressure. 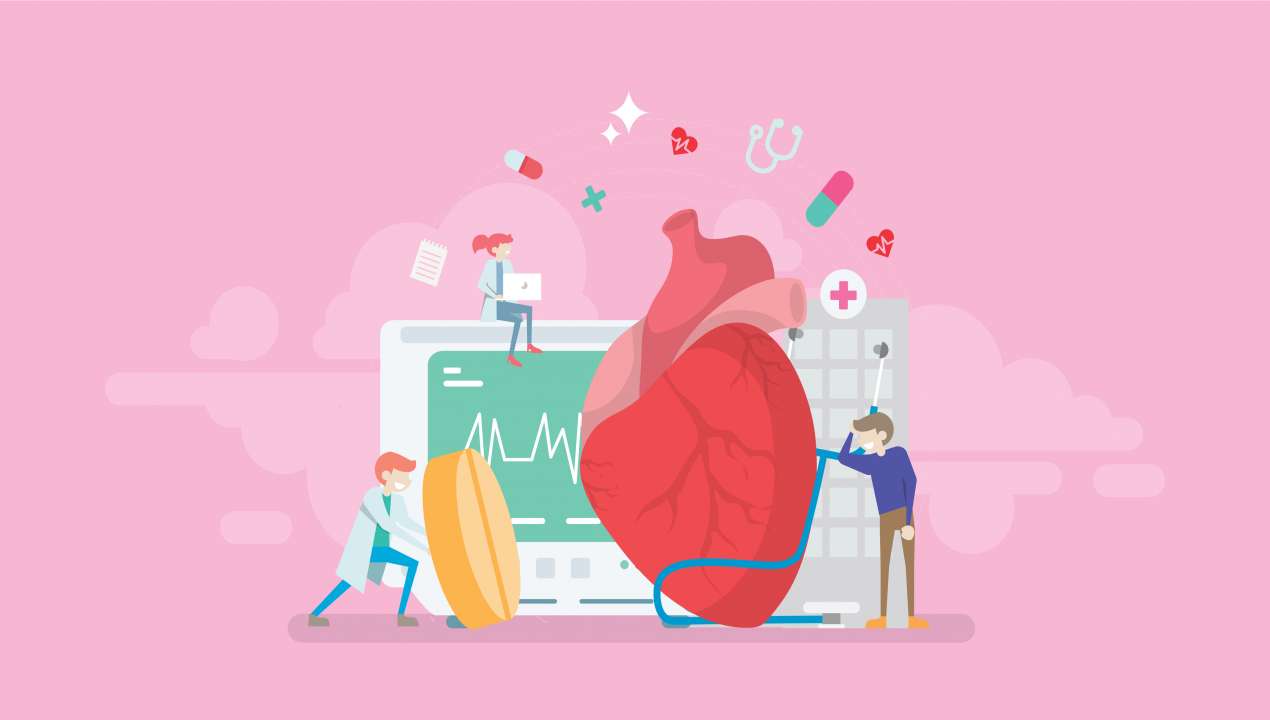 The Gut Microbiome and Heart Failure

Recent studies point to the role played by the gut microbiome in heart failure. Known as the “gut hypothesis of heart failure”, the relationship between the gut and the heart is based on the fact that the gut is a blood-demanding organ. That means any changes in blood circulation, including higher blood pressure, blockages, and arterial plaque build-up can result in reduced blood flow to the stomach. Optimal blood flow is critical for healthy intestinal function, especially at the tips of the intestinal protrusions (known as villi), which are responsible for absorbing nutrients and reinforcing the barrier between the gut and the highly unsanitary contents of the stomach.

Changes in intestinal function due to decreased blood flow can lead to gut dysbiosis, higher gut permeability, and increased circulation of bacterial toxins that elevate inflammation in the body. Patients with heart failure have higher counts of pathogenic bacteria in their gastrointestinal system, with greater adhesion of these bacteria onto the intestinal wall. Anti-inflammatory bacteria counts were also found to be decreased in these individuals.

According to the hypothesis, these elevated levels of inflammatory bacteria and their metabolites, combined with lower levels of beneficial metabolites in circulation, lead to increased cardiac inflammation, which in turn increases the risk of heart failure. Therefore, these two organs interact with one another in a more complex series of interconnected processes than previously thought before, as problems with cardiovascular health reinforce issues with the gastrointestinal system, which further exacerbates the cardiovascular system until one of them gives out.

As you can now see, our heart and our gut play a major role in our overall health. These two are intricately connected and their health status affects one another. Much of what we know about addressing cardiovascular disease, such as having a daily exercise routine, eating more fruits and vegetables, and reducing the consumption of fat-rich, low-quality foods, are also important ways to improve gut health. As we discover more about the relationship between the heart and the gut, we may learn how much more we can take control of our cardiovascular health using our tiny friends living in our belly.