The Gut and Skin Health 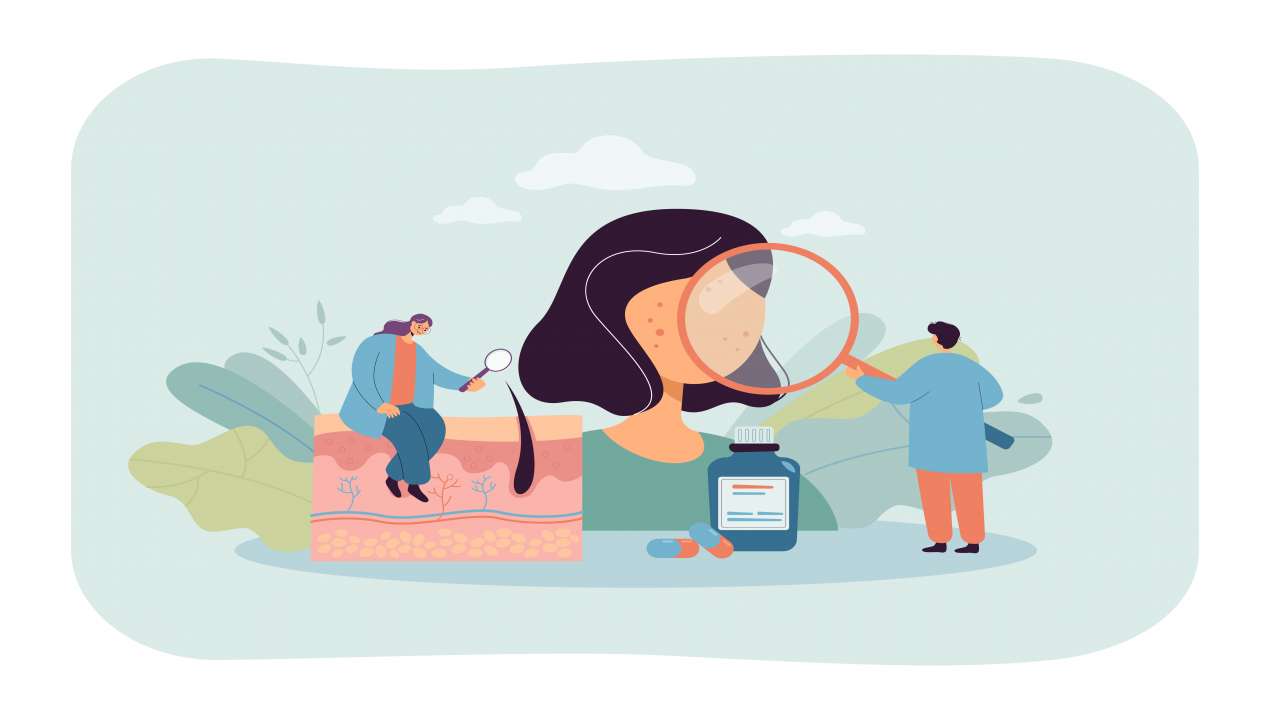 The Gut and Skin Health
Facebook0Tweet0LinkedIn0Email0

Did you know that your gut health affects your skin? Researchers are discovering that the changes in the gut microbiome can influence the skin. Some skin conditions, like acne, atopic dermatitis, and psoriasis, can even result from stomach problems attributed to the gut microbiome.

We’re beginning to uncover more and more about what is now known as the gut-skin axis. It turns out that the gastrointestinal system and the bacteria that reside in it produce a variety of molecules that can contribute to skin problems. So that unfortunate zit in the morning could very well be tied to the rumbling you hear in your tummy. Let’s take a look at how exactly the gut connects to the skin.

How the Gut Affects the Skin

One of the major ways that the gut affects the skin is through the inflammatory response. As we discussed before, the microorganisms that live in the gut can contribute to inflammation in several ways.

First, changes in the microbiome can lead to certain pathogenic bacteria to over-populate the gut. This can be caused by illness, diet, stress, or taking antibiotics. These pathogenic bacteria can irritate the gastrointestinal lining as they try to invade the body and initiate inflammation as the body fights back against these microorganisms.

Second, the loss of beneficial bacteria can cause the intestinal cells to weaken and lose their integrity, allowing some pathogenic bacteria to cross over into the bloodstream. Third, bacteria can release compounds that are absorbed by the gastrointestinal tract and trigger the immune system to release pro-inflammatory molecules.

The overabundance of inflammatory signals creates a feedback loop that sustains a low-grade inflammatory state. These inflammatory molecules then spread throughout the body and eventually reach the skin, which becomes inflamed. While short-term inflammation is great for fighting off infections, chronic inflammation can lead to skin damage, loss of integrity, changes in appearance, and overpopulation of invasive bacteria from the skin surface.

Gut Microbiome and the Skin

Normally, beneficial bacteria living in the gut release short-chain fatty acids (SCFA) when they ferment prebiotics and soluble fibers. These SCFA are absorbed by the bloodstream where they accumulate in the skin. SCFAs serve to ward off pathogens and reduce inflammation in the skin. However, alterations to the gut microbiome can lead to a drop in SCFA levels, allowing bacteria to penetrate the skin’s natural barriers. And that may very well be the start of acne season.

Pathogenic bacteria in the gut can also damage the skin. Clostridium difficile, a bacteria that is associated with severe diarrhea and inflammation of the gut, produces two metabolites called phenol and p-cresol. These molecules can affect the integrity of the skin and its ability to produce new skin cells. High serum levels of p-cresol have also been linked to poor skin hydration and lower production of keratin, a protein that protects the outer layer of the skin. 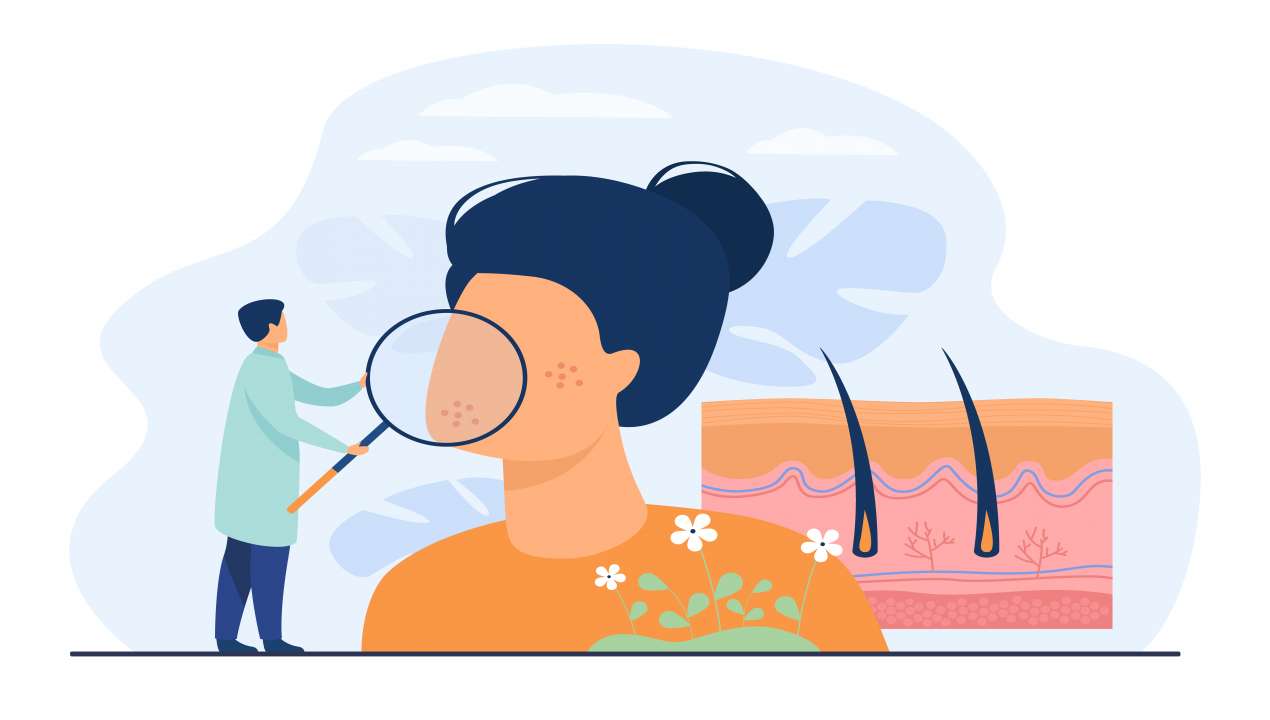 Skin Conditions and the Gut

The microbiome also influences mood through the gut-brain axis, which we shared in a previous article. The skin-gut-brain axis, a more complex web of relationships throughout the body, connects the effects of the gut on the brain and how those two impact the skin. Individuals with both gastrointestinal issues and acne have been shown to have elevated levels of a neuropeptide called Substance P. The compound is involved in inflammatory signalling and released in the peripheral nerves found in the skin, causing high levels of local inflammation.

Psoriasis is a skin condition in which skin cells are overproduced, which results in dry, thick, and raised patches of skin. Atopic dermatitis, or eczema, is a condition that causes the skin to become red and itchy. Both psoriasis and atopic dermatitis are triggered by excess inflammation from other organs, namely from the gut, causing an overreaction to allergens present on the skin. Elevated levels of pro-inflammatory cytokines in the blood can lead to immune dysregulation, resulting in highly sensitive skin.

Both the intestinal lining and skin are designed to keep pathogens and foreign particles out of our bodies. They are the first line of defence against an unforgiving environment, working together to protect the body from infection. Impairment of the gut can lead to problems with the skin, as the entire body is intricately connected together. Whatever happens to one organ or tissue, ultimately affects the others.