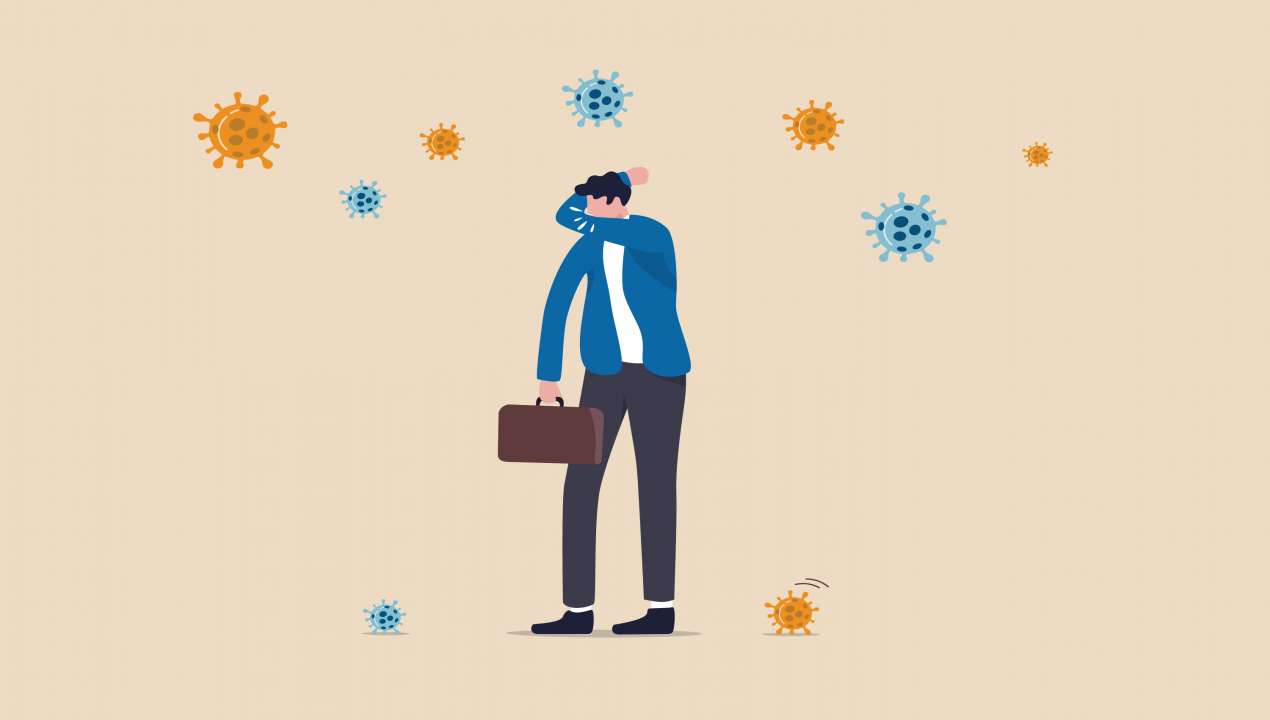 You can now start blaming the spring sniffles on your stomach.

The prevalence of allergies is growing around the world. That may have to do with how our gut health is changing as we move towards a world of greater antibiotic usage and more sterile environments. The gut is the first barrier against microscopic attacks from foreign bacteria, viruses, and molds. The immune system and the gastrointestinal lining both spend much of their energy ensuring nothing crosses the border and infects the body. But the body also relies on the power of beneficial bacteria to crowd out any pathogenic bacteria and release anti-inflammatory molecules that keep our intestinal walls from overreacting to invasive microorganisms.

However, if the number of good bacteria decline and pathogenic bacteria starts gaining a foothold inside our gut, the immune system can start to go into overdrive. Such a process can lead to mild inflammation in the gut that remains chronic, leading to an aggravated immune system that constantly has to work or send mixed messages. That can cause hypersensitivity in the immune system, where it reacts to foreign substances that most people’s immune systems do not. Pollen, dust, foods, and other potential allergens can activate the immune system and trigger it to produce an exaggerated inflammatory response.

The Human Microbiome, Asthma, and Allergies

Asthma is one of the most common chronic diseases. Asthma can be caused by an immune overreaction that leads to wheezing and the constriction of airways. In industrialized nations, the prevalence of asthma is the highest while exposure to microorganisms is the lowest. Known as the “Hygiene Hypothesis”, some researchers argued that we humans are experiencing a time when our immune systems are not being challenged enough by microorganisms and our gut microbiomes are being colonized by a less diverse set of bacteria because we live in much cleaner environments than in earlier eras of human civilization. Early childhood to microorganisms would contribute to a stronger immune system and provide sources of new gut colonizers that could help support our health, especially when it comes to allergies and respiratory health.

There remains significant disagreement with this hypothesis, as many medical professionals and researchers have argued that hygienic practices like washing hands and sanitizing workspaces have led to a reduction in infectious diseases rather than a rise in allergies and other auto-inflammatory conditions. Researchers have attempted to update the hygiene hypothesis by reconciling these facts with evidence that shows children sent to daycare, exposed to pets, and living on a farm are less likely to experience allergic reactions.

In 2003, Professor Graham Rook and his colleagues came out with the “Old Friends” hypothesis. They postulated that frequent exposure to certain non-pathogenic bacteria can lead to a reduction of allergies. Their hypothesis was based on studies that have found children who had been exposed to non-hygienic environments, like daycares and places with animals, grew up with fewer allergies. The microorganisms responsible for these impressive protective effects include those beneficial bacteria found in the gut microbiota.

These microorganisms have co-evolved with humans since the dawn of civilization. Professor Rook has suggested that symbiotic microorganisms have had to transition through three epidemiological times alongside humans, which include the pre-Paleolithic era when humans were still hunter-gatherers in small settlements, the Neolithic era when agriculture was invented and humans settled into larger communities with animals, and the Industrial Revolution and Modern era, during which humans began living in disinfected cities. There have been fewer instances where humans can re-inoculate themselves with beneficial microorganisms as we’ve moved into our germ-free urban landscapes, reducing the variety and complexity of gut microbial communities.

The modern equivalent of these changes can be seen in the two neighboring communities of indigenous Karelians, who are split by the Finnish and Russian border. These two groups are ethnically and genetically the same, as they have been living in the region of Karelia for centuries. However, those living on the Finnish side experience a more modern, Westernized lifestyle compared to the Karelians who live in the underdeveloped region of Russia. That said, Russian Karelians experience six times fewer incidences of type 1 diabetes, autoimmune disease is driven by the immune system attacking the liver, compared to Finnish Karelians. Russian Karelians are also less likely to suffer from allergies, with greater levels of Gram-positive bacteria in their household dust versus their Finnish relatives. 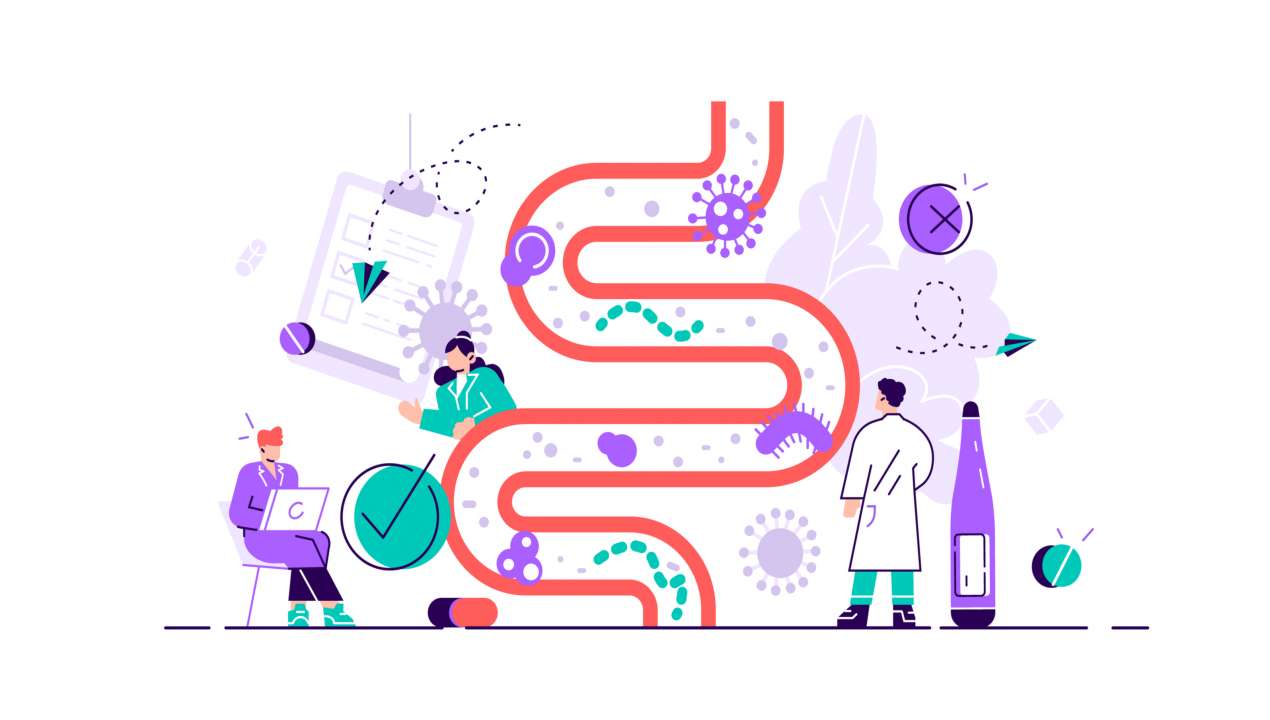 A Link Between Allergies and Gut Microbes

Germ-free mice are highly susceptible to inflammatory diseases and have poorly developed immune systems. When these mice are inoculated with segmented filamentous bacteria, the microorganisms induce the development of intestinal T helper 17 (T17) cells. Dysregulation of T17 cells has been implicated in the development of autoimmune diseases such as arthritis, multiple sclerosis, and psoriasis. Other classes of bacteria, such as Clostridia, are known to induce the generation of another group of immune cells, known as regulatory T cells, in the colon. These immune cells help support the natural development of the immune system and ensure fewer misfires between the immune system and the rest of the body occur.

Germ-free mice have poor tolerance to food allergens, such as the main egg white protein ovalbumin. When these mice are inoculated with Bifidobacterium infantis, one of the key beneficial bacteria found in fermented milk and probiotics, tolerance to ovalbumin was restored.

What’s funny is that while the diversity of food we get to eat continues to expand and grow across the world, the impact these foods have on changing our gut microbiome is limited because of the increasingly sterile environments we grow up in. While some may point to our diverse food systems as the source of our growing issues with food allergies, with the use of genetically modified crops, processed ingredients, and preservatives, the truth is that the basic biochemical profile of the ingredients we use in our cuisine has not changed much over the last few centuries.

Our gastrointestinal systems are like petri dishes, and whatever we inoculate it with in the beginning of our childhood determines the major players we live with throughout our adult lives. And the lack of certain species in our bellies may be what’s contributing to our higher incidences of allergies. While we know that tiny moments can have a big impact on our young minds, maybe we might want to consider the impact of the tiny things we touch (and place in our mouths) on our young stomachs.