Is the Cellular Agriculture Industry a Bubble Waiting To Burst? 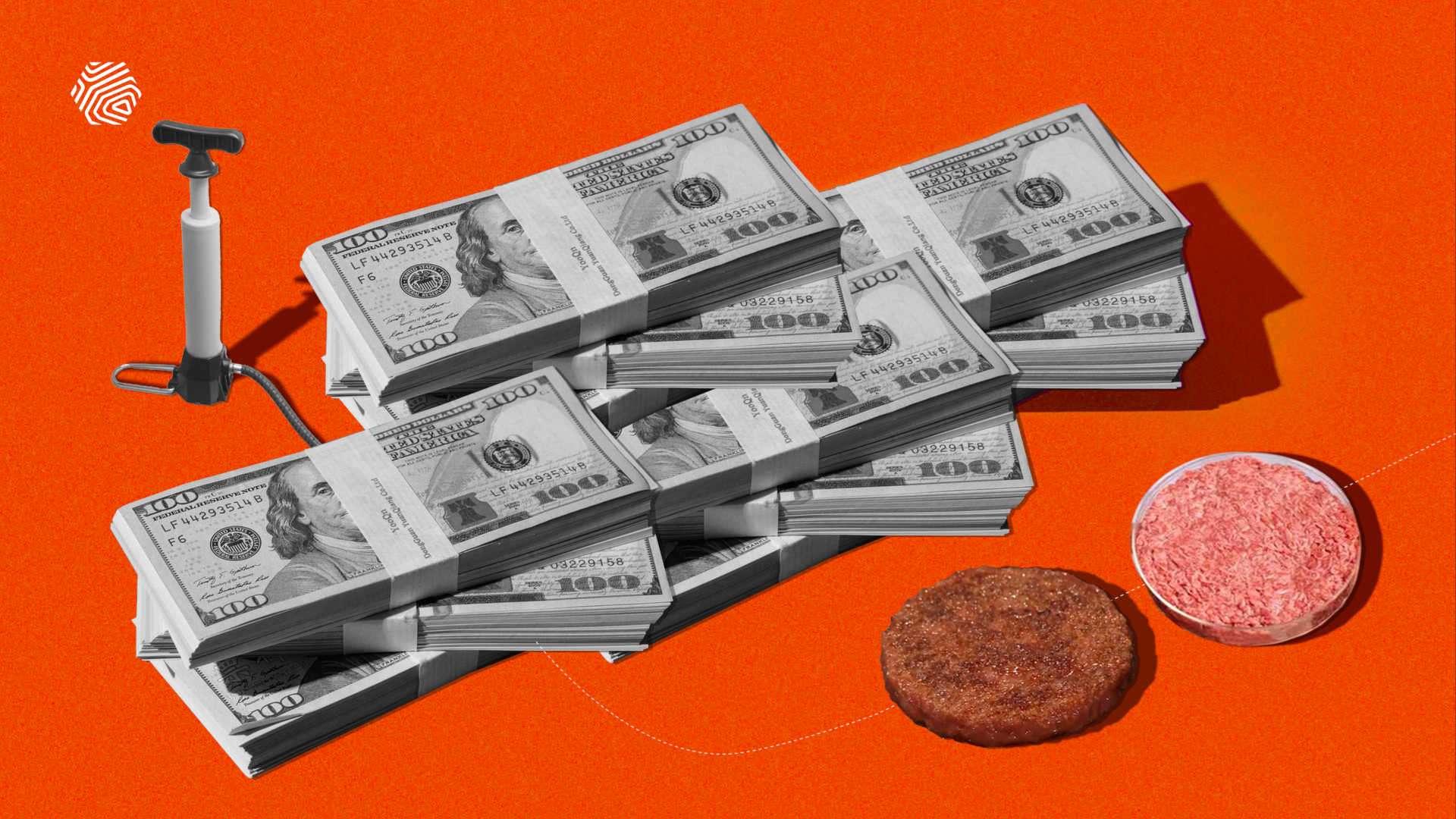 Is the Cellular Agriculture Industry a Bubble Waiting To Burst?
Facebook0Tweet0LinkedIn0Email0

Humans simply can’t stop innovating. Not since the first agricultural revolution some 12,000 years ago which kick-started early civilization. And certainly not now when agriculture is fast becoming synonymous with the word “tech”, not least in response to one of the biggest concerns of our present: how can we feed a growing world without devastating the environment or even our own health anymore than we already have?

The data advocating for better methods of agriculture is hard to ignore. Deforestation and the resultant dramatic loss of biodiversity, water pollution, and land degradation are all tied to the exploitation of resources needed to support livestock farming, an industry responsible for  14.5% of global carbon emissions. Environmental concerns aside, our traditional methods of agriculture are also starting to fail us. COVID-19 spotlighted the inefficiencies in our current food production and distribution systems (who can forget the paradox of farmers destroying their crops while food shortages raged on in the empty supermarket shelves?) It’s no wonder that sustainable food production has been put at the top of global agendas.

Going Back to Basics

Entirely eliminating the staggering amount of resources needed for growing livestock, the cellular agriculture process instead taps on the basic building blocks of life—cells—to efficiently grow only specific parts of an animal for meat, and to create animal products like milk and eggs sans rearing animals.

Fast forward 9 years to today and you’ll see that the industry is positively flourishing: in 2021, a hefty $2 billion was poured into the scene, a figure that was doubled in less than a year from 2020. Oversubscribed funding rounds for companies in the space have become increasingly common. The space is also heating up with the emergence of dedicated alternative protein VC firms like KBW Ventures and Big Ideas Ventures. Even governments are getting on board: the USDA has invested $10 million to build a national cultivated protein research center, and halfway across the world, Singapore has established itself as the first country to start selling cultivated chicken.

What’s perhaps most surprising however, is the capital pouring in from the least likely place: the world’s largest meat packing companies. Global meat giant JBS entered the cultivated meat space through the acquisition of Spain’s BioTech Foods and a $100 million investment in facilities in late November 2021. Earlier that year, Europe-based Bell Food Group, a leading global meat processor, pumped $2.4 million into cultured beef company Mosa Meat. Tyson Foods, also known as the world’s second largest meat processor, co-led a $2.2 million seed investment round in Future Meat Technologies in addition to having a stake in Memphis Meats. Meanwhile, Brazil-based meat giant BRF has tied up with Aleph Farms to develop cultivated meat for sale in Brazil. It appears that the importance of cellular agriculture is not being taken lightly; it won’t be surprising to see cellular agriculture soon dramatically impacting the livestock, dairy, and poultry industries.

A Bubble Waiting To Burst? 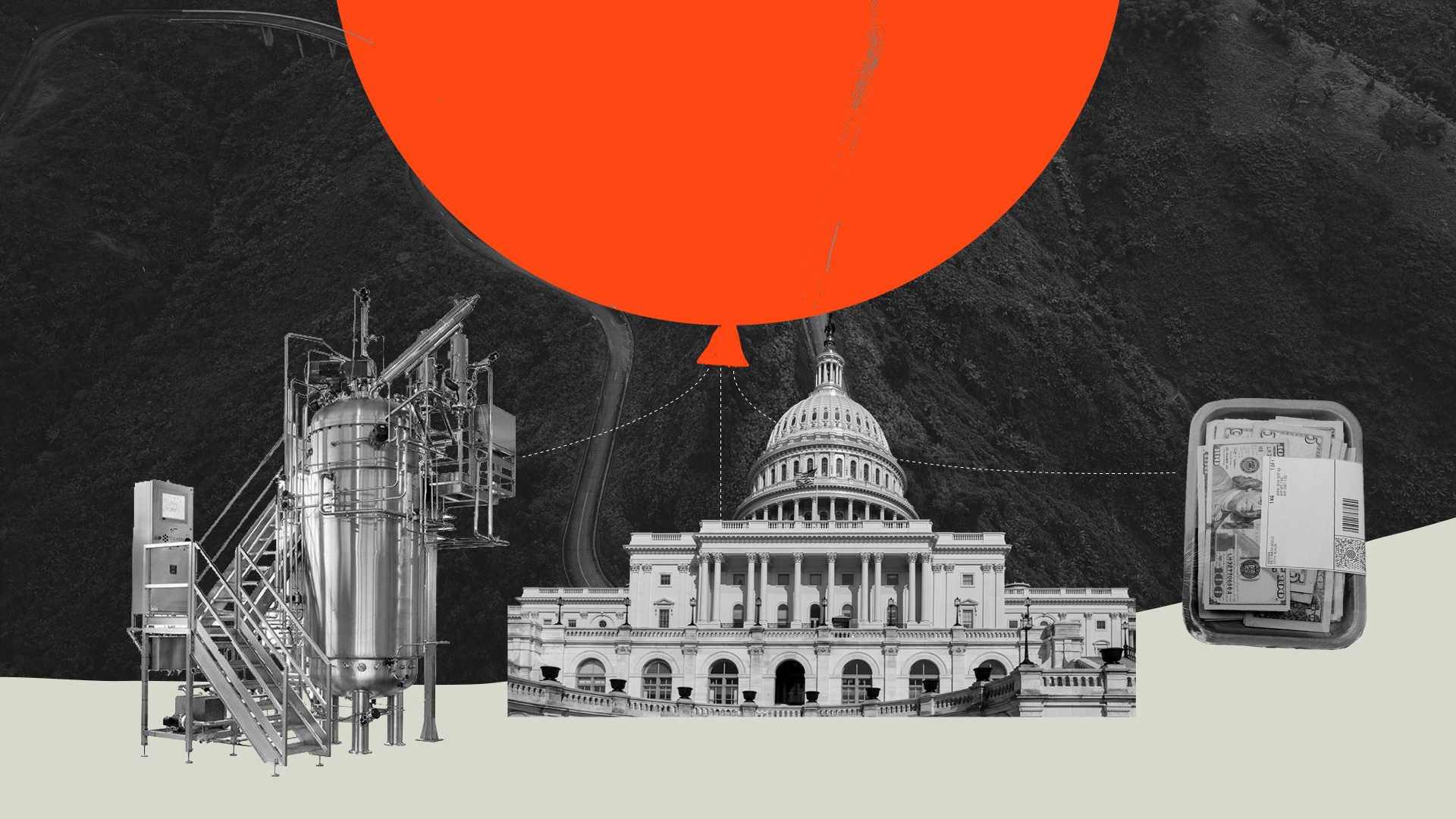 Yet, in lieu of any company’s actual scalable production and revenue generation, the question lingers: is the cellular agriculture industry simply a bubble waiting to burst?

Journalist Joe Fassler certainly thinks so. In his thought-provoking analysis of cellular agriculture for The Counter, Fassler’s research has led him to believe that the projected price parity of cultivated meat will never be possible in the near future.

One crucial roadblock Fassler notes is the current limitations in bioreactor designs, namely in terms of output and technological sophistication. This key technical barrier prevents the industry from realistically building manufacturing plants that are productive, scalable, and economically feasible. And then there’s the question of regulations: with cellular agriculture being such a new technology, how long will various governments take in approving the likes of manufacturing practices, consumption safety regulations, and even product and labeling laws?

Though Fassler’s report has made waves in the industry, the challenges he points out are, in fact, historically nothing new. 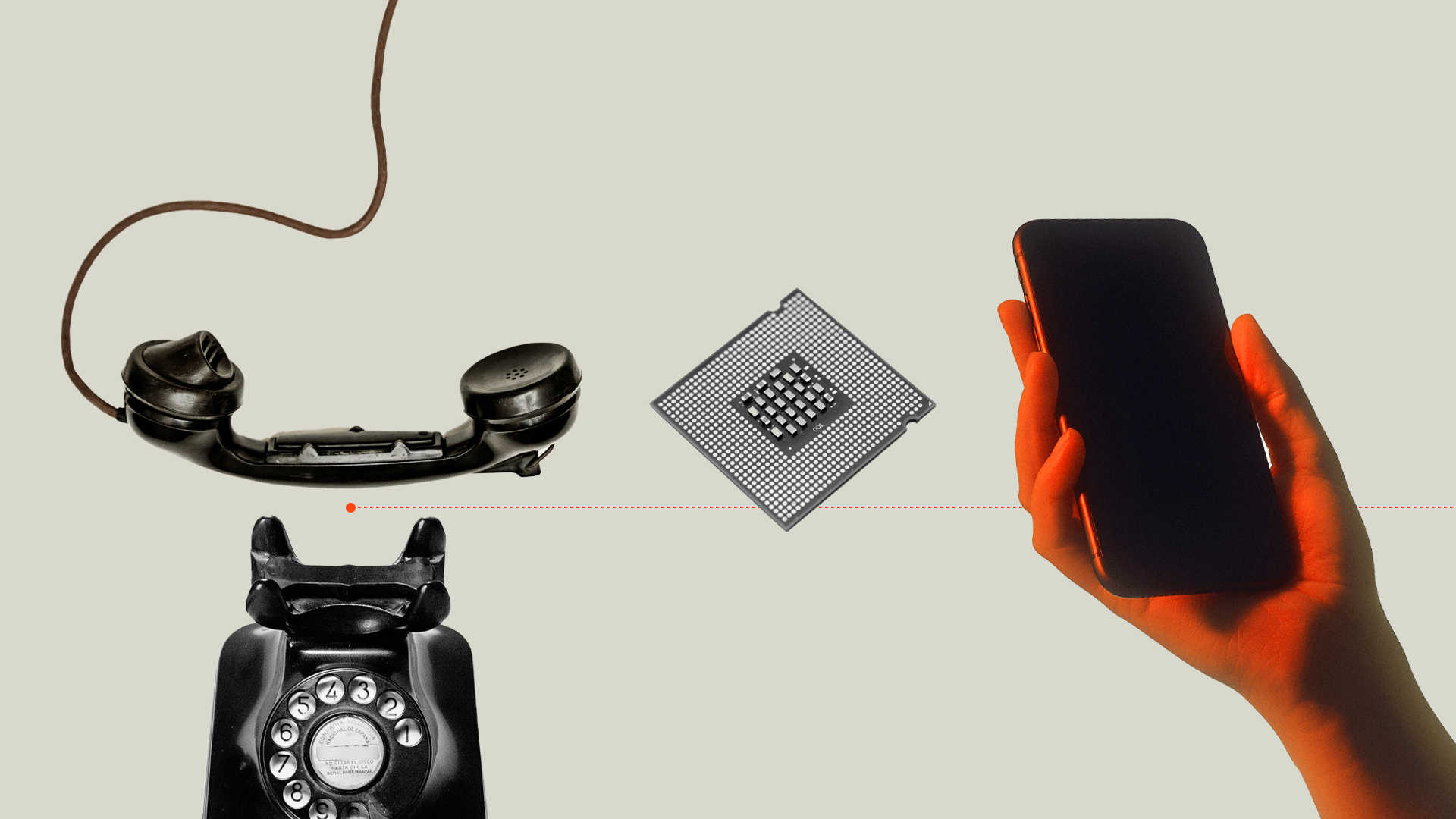 Just 15 years ago, modern smartphones were non-existent. Today, more than 80% of the global population carries one wherever they go. At a time when calculators, music players, cameras, and phones were all separate, bulky devices, smartphones displayed the potential of redefining the category of personal devices. Their disruptive potential was made possible when investors started pouring money into contract and original design manufacturers like Foxconn, Pegatron, and Wistron to help the industry achieve economies of scale. Everyone remembers how the first smartphones were a luxury item. Now, smartphones might soon even be considered a fast-moving consumer good.

The semiconductor powering your smartphone also exemplifies how technological developments—and corresponding falling prices—naturally come with time. In 1965 when the semiconductor industry was just starting to emerge, computer engineer Gordon Moore (who would later found Intel) boldly postulated that technological developments would naturally lead to semiconductors doubling their efficiency every year, thereby halving the cost of computers. Eventually, Moore’s insight became a prediction (as the increasing affordability of our appliances now show), and was dubbed “Moore’s law”. 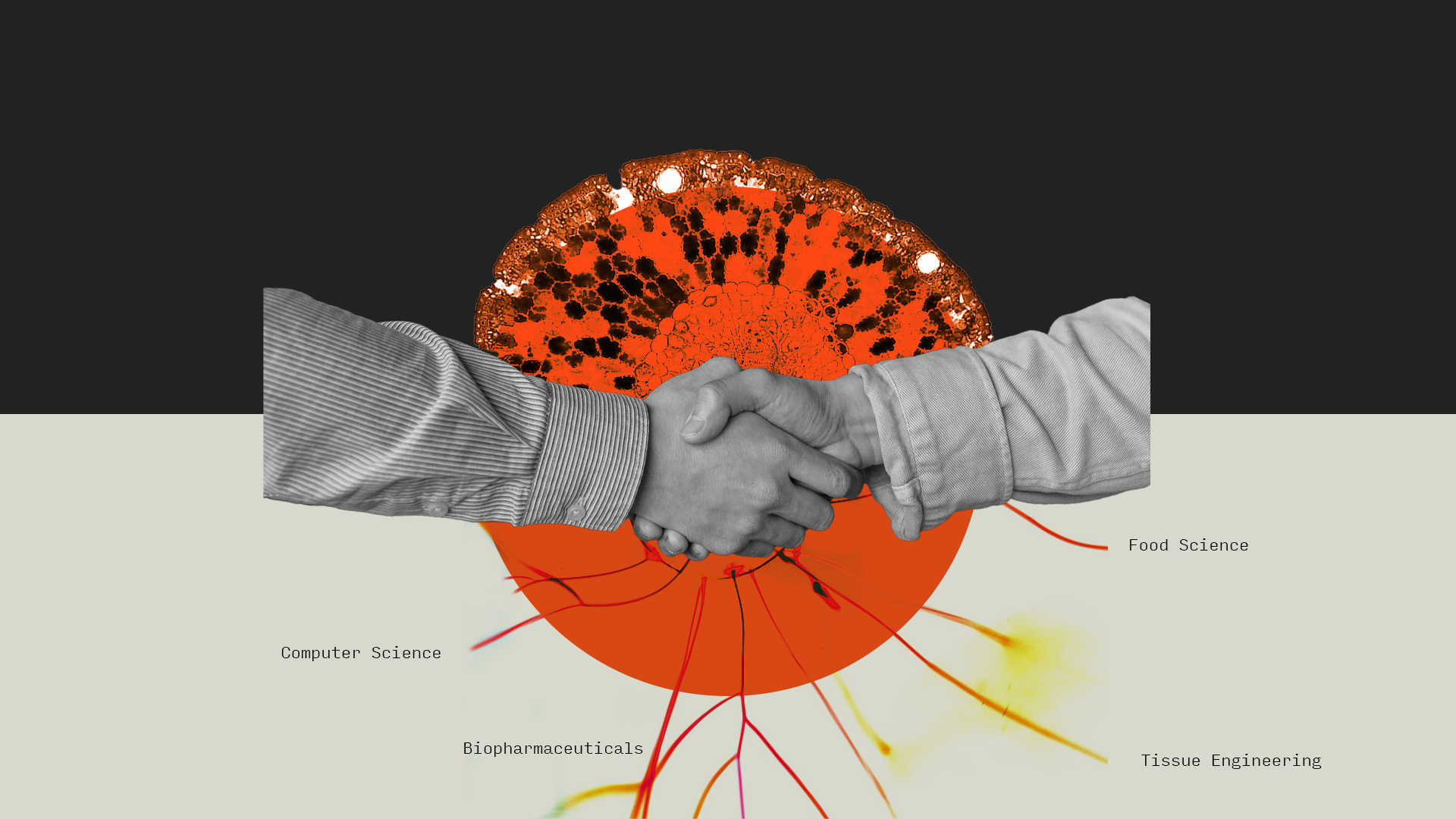 For an industry that began a mere 5 years ago, it’s not surprising that the likes of scaling and regulatory decisions are still up in the air. Yet, that’s changing rapidly as more cultivated protein companies have emerged from the lab, their technologies de-risked and ready for scaling. Investors have started taking notice of this—in the past 12 months, more than half a billion dollars has been raised specifically for building next-generation food-grade bioreactors. Specialists have also been hired to collaborate with regulators to establish and expedite global food safety and manufacturing frameworks. That collaboration has already borne fruit. In December 2020, Singapore issued the world’s first regulatory approval for Eat Just Inc. to commercially sell its laboratory-grown chicken. 2022 is likely to see regulators from the US, Israel, and the Middle East following suit.

At the same time, companies leaning into the uniquely synergistic nature of cellular agriculture are also paving the way forward for lowered costs of production. One of the greatest strengths of the industry is its amalgamation of technologies from fields as diverse as computer science, tissue engineering, food science, and bio-pharmaceuticals. That cellular agriculture builds on existing technologies from various industries grants it a competitive advantage in creating productive technologies rapidly. Maximizing such cross-industry innovation provides opportunities for companies to fill in technological gaps creatively, or even identify new areas for revenue. 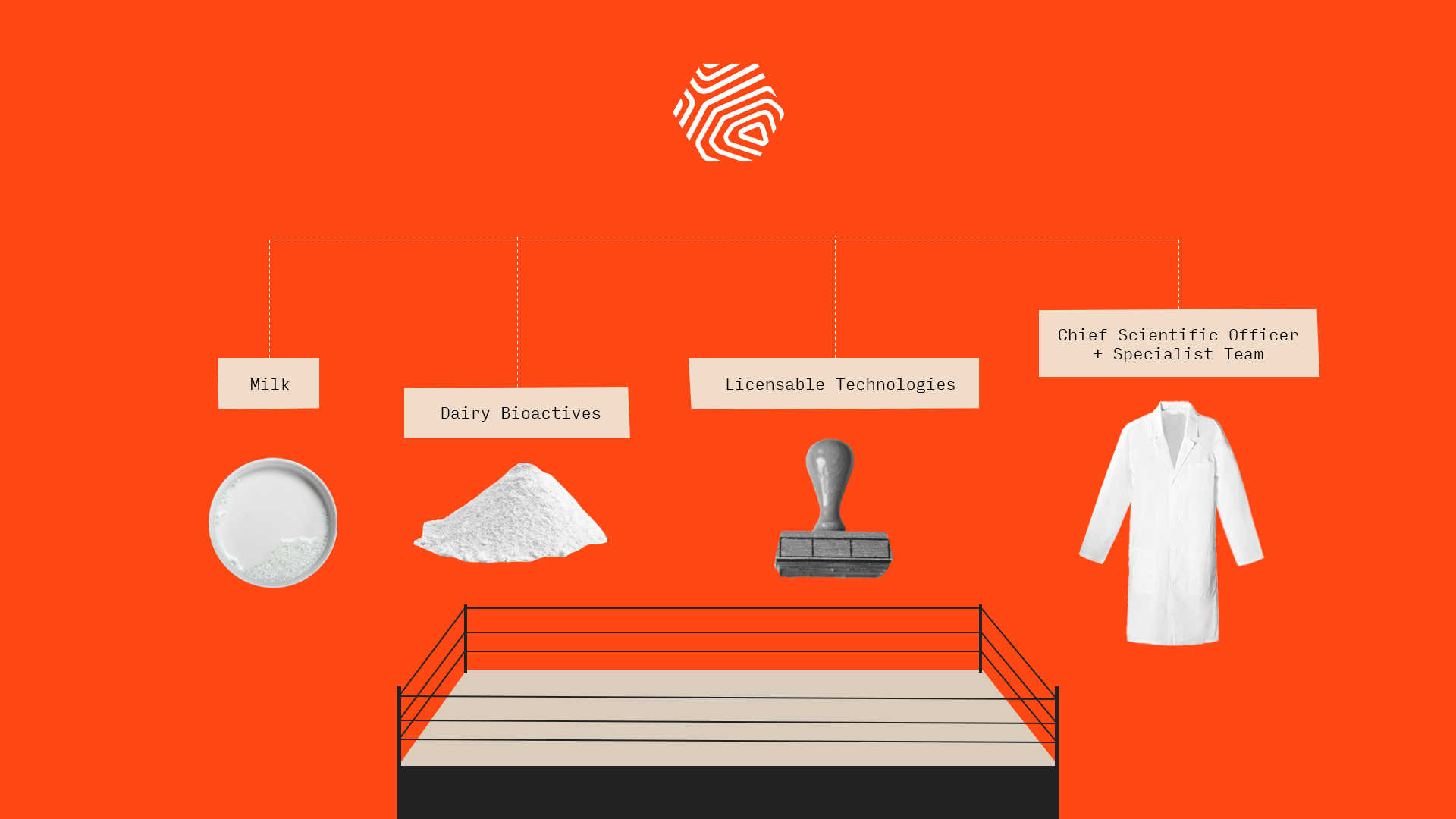 One such cellular agriculture startup creating a competitive edge in this arena is TurtleTree. The company initially entered the space with a focus on recreating milk but has since diversified its business strategy to include commercializing related products like dairy bio-actives targeted to both B2B and B2C markets. The company has also actively formed strategic partnerships to develop licensable technologies that will enable other cell-based companies to accelerate their own product commercialization. An intentionally diverse talent procurement strategy has also been key to helping the company move the needle towards greater tech breakthroughs. Their newly-appointed Chief Scientific Officer comes with extensive experience in bio-pharmaceuticals, an industry whose technologies have many parallels with that needed for producing cultivated meat.

It is the companies with a diversified business plan investing in, and incorporating different technologies and avenues for capturing market share, who will be integral in making Moo’s law, and not the metaphorical bubble, a reality. Crucial to these companies’ success are investors who see the reasons for Fassler’s pessimism as possibilities for growth.

Putting the “Venture” Back Into “Venture Capital” 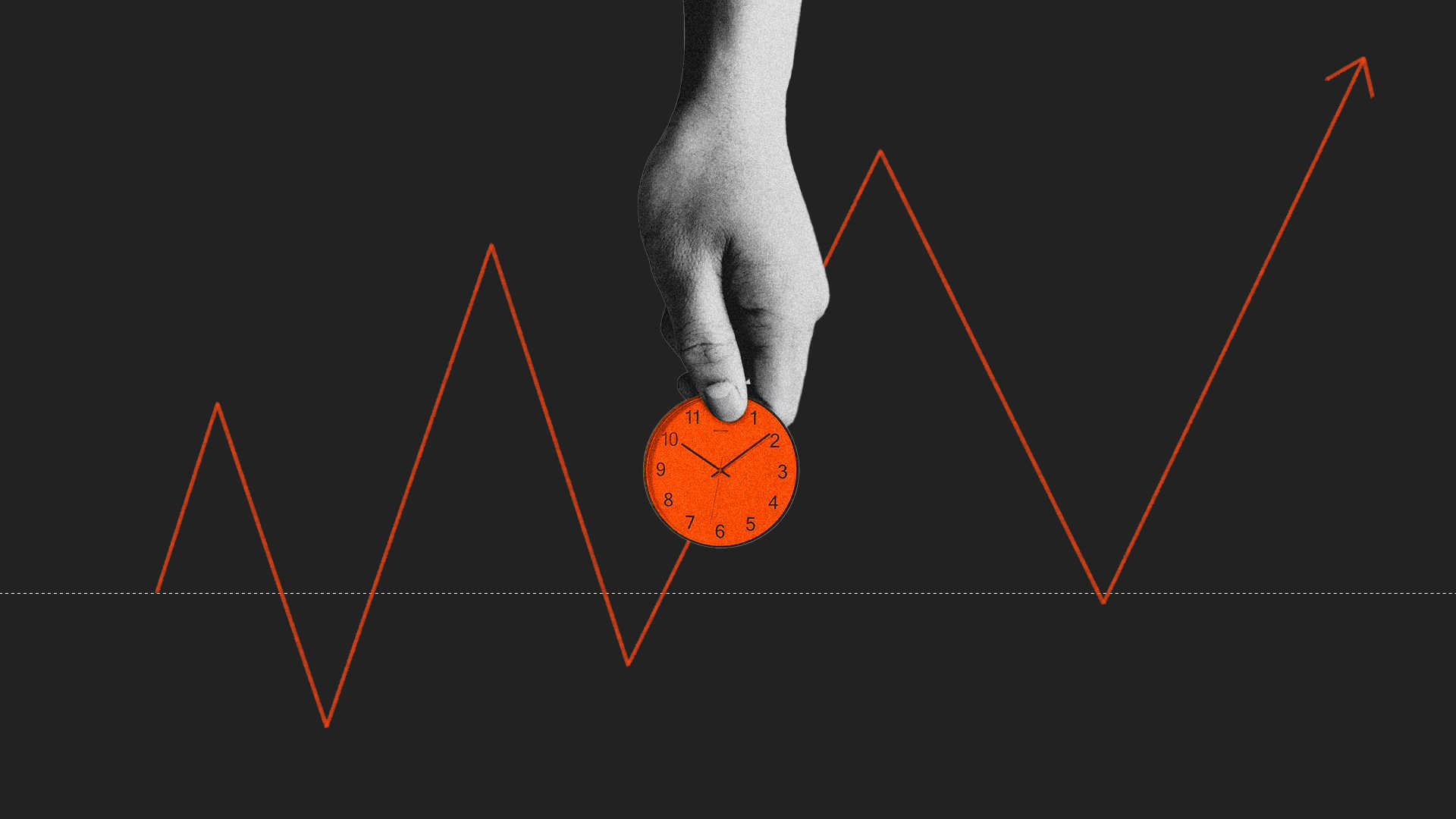 Our world is facing new challenges which requires us to come up with novel solutions unlike any before. To that end, VCs have to put the ‘venture’ back in ‘venture capital’ and bet on emerging deep tech like cellular agriculture, giving it the support it needs to solve pertinent problems. While the existing obstacles are real, they are not at all insurmountable; only time can reveal and address any challenges. To successfully overcome these initial barriers, investors should adopt and commit to a long-term view, and anticipate the societal gains their financial ventures will bring. After all, humans simply can’t stop innovating. Give them time and they’ll always come up with something better.