What Are The Differences Between Human Milk and Cow Milk? 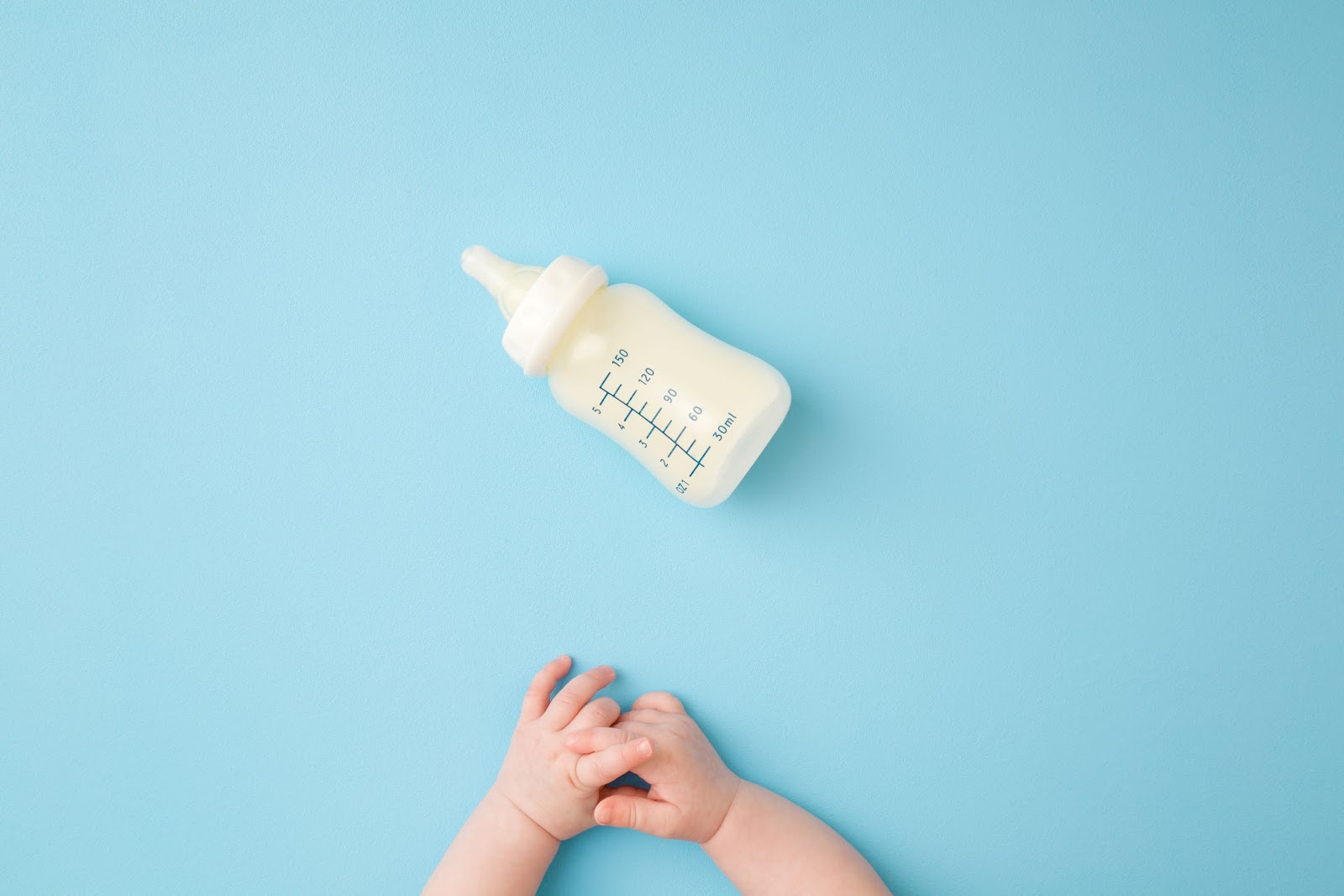 A child is to get a sufficient quantity of good nourishment, if it is to thrive well. The best food for it is, no doubt, the mother’s milk.

These are the words from one of the world’s first paediatrics textbooks, The Diseases of Children and Their Remedies, published back in 1764. While our understanding of infant needs have grown, those words remain as true today as they did in the 18th century.

The History of Cow-Based Infant Formula

At the time, little was known about the nutritional requirements of infants and there were no adequate substitutes for breast milk. Few infants survived their first year without breast milk. However, with the advent of chemical analysis in the 19th century, scientists began to uncover the differences in the chemical composition between human milk and cow milk.

One of the first infant formulas was invented by German chemist Justus von Liebig in 1867, who used wheat flour, malt, and cow milk to prepare the mixture. However, there was no thought of the nutrition needs of the infants themselves.

Over time, infant formulas were improved to better reflect what was known from the growing research into infant metabolism and nutrition. These formulas continued to use proteins derived from cow milk as foundational ingredients.

As more knowledge was gained on the chemical differences between human and cow milk through the 20th century, infant formula manufacturers were able to slowly bring infant formula closer to the gold standard – human breast milk.

That said, commercial infant formulas remain limited. They are missing many components that are critical for the development of an infant’s immune system, metabolism, and cognitive function. Studies have shown that breast-fed infants have a lower risk of infection, obesity, types 1 and 2 diabetes, and celiac disease.

What is it about human milk that contributes to these divergent outcomes?

To start, let’s take a look at how human milk and cow milk differ at the molecular level.

How Does the Nutrition of Human Milk Shape Up?

Both human and cow milk contain two fractions of milk proteins, also known as the casein and the whey fractions. One of the key major differences between human milk and cow milk is the types and concentrations of these fractions.

Cow milk is designed to feed calves, which double their weight every 40 days and require a tremendous amount of protein, especially in the form of caseins. Whereas human milk contains far less casein protein than cow milk, as caseins are more difficult for humans to digest.

Human milk also only has about one third the protein of cow milk. Human babies double their weight every 180 days and rely more on the fat and carbohydrates in human milk for their caloric intake. As such, the protein content found in human milk is more sustainable for human babies as lower protein intake is less taxing on the kidneys of a developing infant.

Breastfed babies have also been shown to grow slower than infant formula-fed babies due to differences in protein content. This slow growth has important long-term benefits including reduced risk of diabetes, obesity, and cardiovascular disease in adulthood.

These PUFAs are known to contribute to normal brain development and function. Dysregulation of PUFA concentration in the brain may play a role in neurodegenerative conditions such as Alzheimer’s disease.

Other important proteins in human milk

A major protein in human milk is alpha-lactalbumin, making up 20 to 28 percent of the total protein. In comparison, cow milk only contains 2 to 5 percent of this protein. Studies have shown alpha-lactalbumin helps bind minerals such as calcium and magnesium, support the immune system, and inhibit the growth of certain pathogens in infants.

Human milk also contains a high concentration of antimicrobial proteins, such as lactoferrin, lysozyme, and lactoperoxidase, some of which are less concentrated in cow milk.

Cow milk proteins and their link to Cow’s Milk Allergy

Cow milk contains beta-lactoglobulin, a protein not found in human milk. Much of what we know as cow’s milk allergy (CMA), which is an allergy distinct from lactose intolerance, is due to the presence of beta-lactoglobulin. CMA can cause diarrhea, stunted growth, and anaphylactic shock in a minority of infants.

The Glycobiology of Human Milk

Human milk contains an abundance of carbohydrates, primarily in the form of the sugar lactose. Other sugars and carbohydrate molecules are found to be attached as a single molecule or in chains to proteins, peptides, and lipids, creating a complex array of linkages and attachments.

This complex variety of carbohydrates attached to other molecules is known as the glycome. Human milk possesses a unique glycome in a pattern specific for humans. Made up of glycoproteins, glycopeptides, glycolipids, and other glycomolecules, the composition of the human glycome is dictated by maternal genetics. These glycomolecules can protect the gastrointestinal system from infection by binding to pathogenic microorganisms and rendering them inactive.

Some glycoproteins are found associated with the milk fat globule membrane (MFGM). The MFGM is formed from mammary cells when fats are secreted by the mammary gland, which carry along other proteins, including glycoproteins that have antimicrobial properties or serve as growth factors. MFGM supplementation has been shown to improve neurodevelopment and protect infants from a type of ear infection known as acute otitis media.

The MFGM contains other components with bioactive properties. A class of glycolipids, known as gangliosides, are known to bind to the toxins produced by the pathogenic bacteria Escherichia coli, Camphylobacter jejuni, and Vibrio cholerae. Gangliosides are also highly concentrated in the brain and support the growth of synapses. 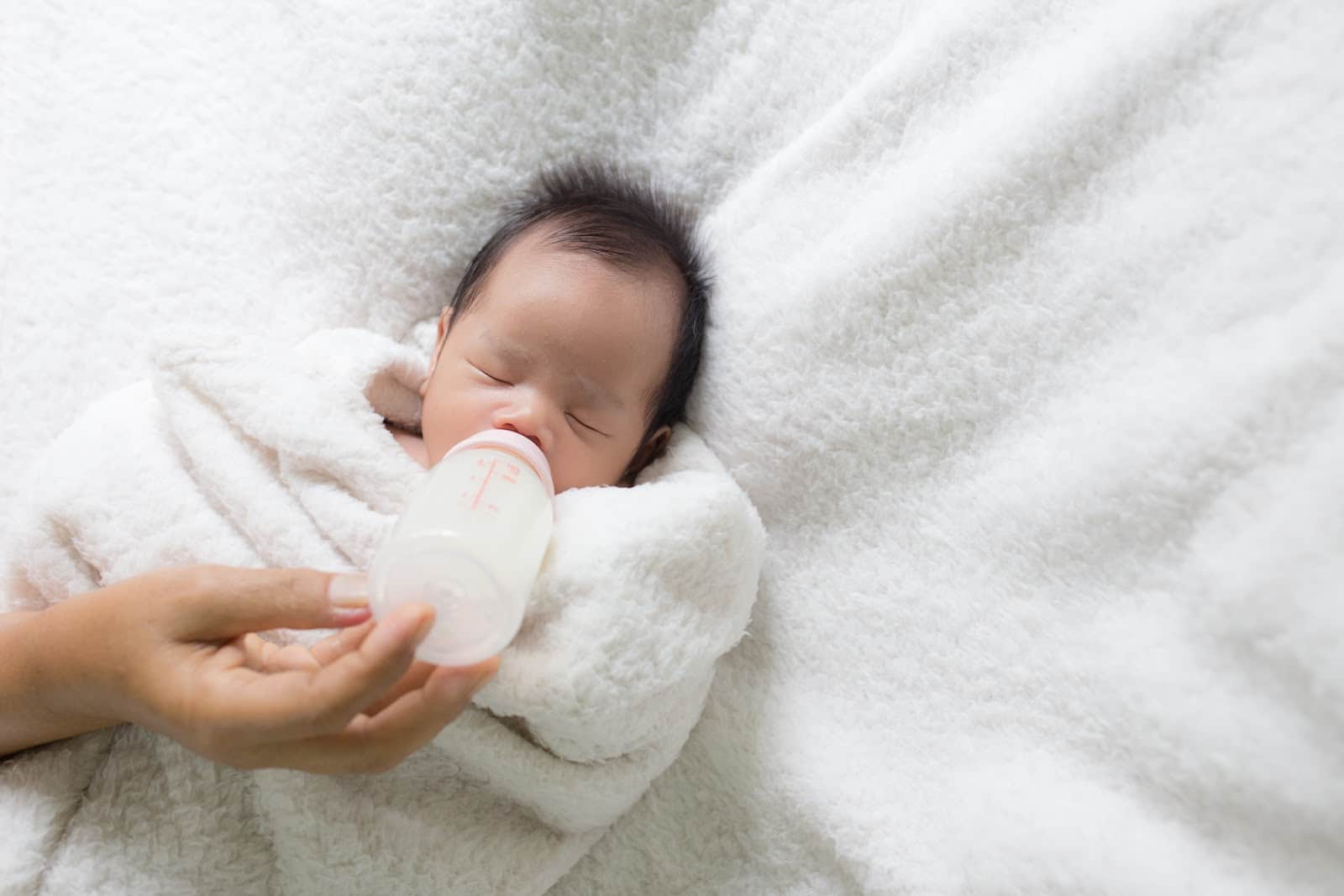 Another feature of human milk is a class of indigestible, complex sugars known as human milk oligosaccharides (HMOs), which serve as selective sources of sugars for the developing infant gut microbiota.

The structural features of HMOs are important for enriching beneficial bacteria over pathogenic bacteria that might colonize an infant’s gastrointestinal system. The oligosaccharides in cow milk are much simpler and lower in concentration than in human milk, and may not support the correct type of bacteria for long term health. Some HMOs have been added into infant formula because of their excellent benefits for gut health and immunity, such as 2′-fucosyllactose (2’-FL) and lacto-N-neotetraose (LNnT), two of the most abundant HMOs in breast milk.

As you can see, the differences between human milk and cow milk are staggering. And scientists continue to discover new compounds from human milk with incredible health properties that surprise us all. At the molecular level, human milk is perfectly designed to protect and support the health of human beings at all ages.